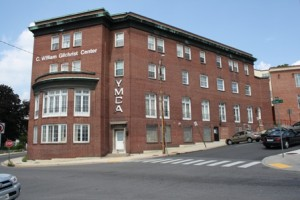 Beginnings was founded in 1978 by a group of interested educators, themselves parents of preschool children. The founders, Mr. and Mrs. John August, Mr. and Mrs. Terry Gaston, Mr. and Mrs. Robert Barry, Mr. Peter Erwin and Mr. W. Larry Brauer, chose to bring the Montessori method of preschool and kindergarten teaching to the tri-state area and based much of the school curriculum and philosophy for learning on what Maria Montessori discovered. Rather than adhering rigidly to one approach, the school has incorporated other teaching techniques and materials that enhance the childs learning. We learn from our children what they need and we grow and change according to these observations.

Beginnings operates under the direction of the Allegany Association for Childhood Education, Inc., a 501©(3) non-profit organization. Funding for the school comes from tuition, fund-raising, gifts and donations. Gifts to the school are tax deductible.

The ultimate authority is the elected Board of Directors, however, as a parent cooperative, all parents are actively involved in the educational process through meetings and volunteer work of a minimum of three hours per month.

Early in the twentieth century, Dr. Maria Montessori, Italys first woman physician, developed educational materials and methods based on her belief that children learn best by doing, not by passively accepting other peoples ideas and preexisting knowledge. It was an innovative learning idea and means the active personal pursuit of many different experiences: physical, social, emotional, and cognitive. With materials Montessori devised, an environment in which such learning takes place can be created.

Montessori believed learning should occur in multi-age classrooms where children at various stages of development learn from and with each other. Her developmentally appropriate approach was designed to fit each child instead of making each child fit the program. Its success with children from all social strata and those with special needs has attracted wide interest.

Montessori teachers know that children learn more by touching, seeing, smelling, tasting, and exploring, rather than by just listening. Teacher training prepares them to create dynamic, interactive learning environments that encourage each child to reason, cooperate, collaborate, negotiate, and understand. Their goal is the development of an autonomous individual, competent in all areas of life, not merely someone with the right answers.

The American Montessori Society asks its members to have Montessori certified teachers in their classrooms, a full complement of Montessori materials, an open door policy for visitors, periodic visits from Montessori specialists, copies of all necessary licenses, and agree to the Societys code of Professional Ethics.

Recommended reading: A Parents Guide to the Montessori Classroom by Aline D. Wolf, published by the Parent Child Press in 1985.

Maria Montessori (1870 1952) was an Italian psychiatrist and educator. She developed a system of preschool teaching called the Montessori Method. With this system of teaching, children aged 3 to 6 are given a wide range of materials and equipment which enables them to learn by themselves. Encouraging individual initiative, the Montessori Method is used in over 600 schools in the United States alone.