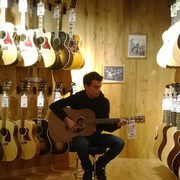 You will be taken to an external provider profile web page.

I became a caregiver because my mother took care of 3 kids including me, which at the time I was a baby. So, my mother suffered from an illness and struggled to take care of us at times but as I grew watching what she was doing I understood how important it was to show love to children because they had no fault in anything but the things they could see. When I was 12 my dad and I had to take more care of my mother because there were some days she couldn’t do much around the house or anything at all. Clearly then, I was beginning to mature at an early age, and that helped me as I became a full grown adult. My older brother had two children the first was 2-4 years old and the second was a newborn child. I’d usually end up taking care of anybody that had a child whether it be friends of mine or relatives because the children always ran towards me and would play with them if they asked me to, and they trusted me cause of my mature personality.

There is currently no information provided
Request Information

This provider has chosen not to display their testimonials